When Faith Reaches Its Limit 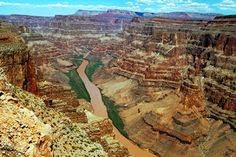 Over the years, I have heard the difference between God and humans described repeatedly as a “gap” or “chasm.”  The two best illustrations of this concept which come to mind are from David Gregory’s Dinner with a Perfect Stranger and C.S. Lewis’ The Pilgrim’s Regress.

In Gregory’s punchy, one-sitting book, the guest who is eating at an Italian restaurant with the business-suit clad Lord Jesus has the gap between him and his host described as “a tear in the universe” similar to one discovered by the USS Enterprise in a Star Trek episode.

In Lewis’ allegory, the first-person hero makes a journey through various theological concepts, all of which slake a thirst for truth but which ultimately fall short, literally, when he arrives at a massive, bottomless canyon that separates him from his desired goal.  Nevertheless, he tries to make his way down the canyon walls, only to falter and become hopelessly stuck.  At just the right moment, a character he refers to as “A Man” comes and lifts him up, not only from his perilous grip along the canyon wall, but also out and across the chasm.

I think for all people just coming to faith, these pictures of their separation from God make perfect sense.  But to the sojourning Christian, weary with one trial, test, hardship or even sin catastrophe after another, discovering yet another ravine ultimately makes no sense.  Hitting that chasm, or seeming to circle around to the same gap, again and again make the faith of the journey seem absurd.  Doubt sets in.  Doubt takes hold.

But the plain fact is that faith cannot get across the gap any more than the human will.  Faith is, truly, a human act.  It is something humans do.  At most, God may give specific types of faith (including what the Reformers called miraculous “Saving Faith”), but it is incumbent on the human to yield to its saving power.  Scripture likens faith to a soldier’s shield, which of course is designed for the specific purpose of combat and the will required for fighting.

So what are we to think of the Christian soldier who arrives at a chasm in life only to realize he is woefully ill-equipped to cross it?  What is she to do when it dawns on her that her faith has reached its limit, and the bitter thought of “why have I been lugging this useless thing around” is spoken into the mind?

Massive fault lines may rip across one’s path, shaking one’s faith into a crumbling theory that it might be good for something, but it sure doesn’t look like it right now.  Crying out to God for help is reduced to a feeble technique rejected in a state of exhaustion.  The heart one once had to trust has become a burnt out cinder of tension and pain that literally shrivels the shoulders forward, fearful of the next blow.

Sometimes faith may seem as empty as the gap you’re staring into.

Is there anything to meet the limit of faith?  I have concluded there is truly nothing within a human heart when it finds itself staring into the canyon.  But there is something outside it, yet it may surprise us when we realize what it is.

Ironically, what meets us when faith hits its limit is the faith of others.  This is the essence of any spiritual group.  The faith of others that things will change or improve is what has been given to an individual whose faith may have become empty.

It is the faith – not the sympathetic ear – of the friend who sits at Whataburger, fighting an illness himself, who asks how your kid is doing because he knows God will help the child.  It is the faith of the aunt who has applied her faith in prayer for you, and is then simply happy to see you trudging into the worship center.  It is the faith of the mother who can block out the temper tantrum of a 40-year-old and verbalize what God can do.  A person’s connectedness to these resources of faith is a dependence that produces hope even if the pain makes things too cloudy to see God.

Remember the pronoun that the gospel writer used in describing how Jesus healed the paralytic lowered through the roof:  “And upon seeing their faith…” (Mk. 2:5).  Jesus forgave the sins of the paralyzed man and ultimately healed him because of the faith of others.  The man was paralyzed more than just in his limbs; he was also flat on his back in his heart.

Faith, working through his friends, put him in front of a gospel that made him walk again.

British author George MacDonald notes that in all of Jesus’ miracles, there is a moment where the recipient must act or respond to Jesus’ words in order for the healing to actually occur.  In the case of the paralytic, he had to “get up, take up [his] pallet, and go home” (Mk. 2:11).  And the man did so, to everyone’s astonishment.

A deeper thought about overcoming this limit of faith is whether or not the commands of the Lord Jesus could even be disobeyed.  Would the paralyzed man have been able to remain in his horizontal mire, his faith weakened that much or his will broken in hostile resistance?  If God is God, can his commands even be disobeyed?  I think the answer is no.

I’m willing to take that on faith.