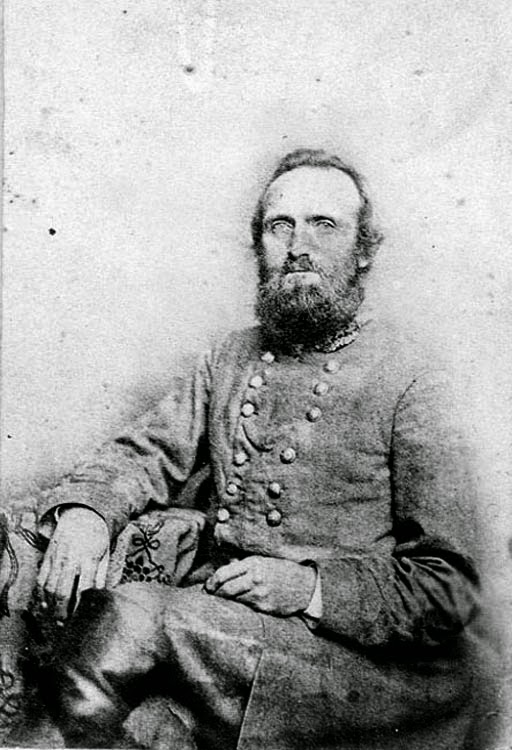 I finally got to read S.C. Gwynne’s long-awaited, much heralded Rebel Yell:  The Violence, Passion and Redemption of Stonewall Jackson.  Gwynne is a former news magazine editor and fellow Texan who first came to prominence in the popular history genre with his bestselling tome about Quanah Parker, Empire of the Summer Moon.

Rebel Yell is an easy read, and I highly recommend it for anyone who doesn’t know a thing about Stonewall, or for anyone with an interest in the WBTS (War Between the States for us Southerners) who has perhaps struggled to understand the sequence of battles during the early war (pre-Gettysburg).  Gwynne does the best job of any WBTS author I’ve read of laying out 1861-1863, and he does so in a way that is concurrent and complementary to the biographical thrust about Stonewall.

If you’re a nerd about all the battle maneuvers and martial decisions, however, you may want to stick with some of Stonewall’s older chroniclers.  Only once does Gwynne try in earnest to explore Stonewall’s military mind, and that in relation to his seemingly recalcitrant behavior during the Peninsula Campaign of the summer of 1862 when the general may have been afflicted with a virus of some kind.  But to his credit, Gwynne sticks to his journalistic training by simply describing the General’s actions, as opposed to discovering the root of his military genius.  This keeps the person of Stonewall compelling.  And therein is what is probably the lasting significance of Rebel Yell; Gwynne restores Stonewall to his rightful place opposite Abraham Lincoln as the War’s two most important figures.

The WBTS–Civil War is in its own category of popular history, like the Roman Empire, the Titanic or the Kennedy Assassination.  Likewise, its actors are in their own peer group.  Stonewall, Lincoln, Caesar, Hannibal, the great ship and Molly Brown, John Kennedy and Lee Harvey Oswald, rank among historical figures the same way Hank Williams towers over some honky tonk cover band.

In the case of the WBTS, just who the lead players should be have been in a crisis of sorts for at least 25 years, owing in no small measure to Ken Burns’ famous documentary.  For most of the nation’s history, the protagonist/antagonist, or viceversa, have pretty much always bee Lincoln vs. Lee.  There was a Grant vs. Lee period that occurred for a while, mainly during WWII, but the whole understanding got thrown into chaos as a result of the Burns miniseries when writer Shelby Foote declared the two most important Civil War figures were Lincoln and Nathan Bedford Forrest.

But the truth is that Stonewall was all that Forrest was (backwoods rags to riches, highly intelligent and intuitively bellicose) and more:  he had a mystical union with God that very much reflected the fabric of the nation at the time (Forrest, by contrast was infamously profane during the war years).  Gwynne devotes key pages to the collective impact of Stonewall’s death on the nation, both north and south, and how it was in many ways a reflection of grief for all Americans and their antebellum Americanism (Gwynne’s word).

The principal reason Stonewall fell off his historiographical pedestal, starting in about the 1930s, was because he bore the prejudicial brunt of an increasingly secular age.  He was viewed by many historians and the textbooks they wrote as a one-dimensional God freak who foolishly expressed the wrath of an Old Testament Yahweh.  Then the Civil Rights era relegated Jackson to the sidelines in favor of Lee’s “gentler” Christianity.  Gwynne corrects this myopia about Stonewall by giving perspective to his faith and by allowing the devout general some complexity, even if his love for Christ seems, in modern eyes, to contradict his ruthlessness and the slavery it defended.

At the same time that he puts Stonewall’s faith in the right place, Gwynne also humanizes Jackson and gives the reader the best feel yet for the eccentric man’s true personality.  The thing I appreciate most about the book is that Gwynne seems to have written in with the central question in his mind of “What was Jackson really like to be around?”  This was an important duty for the author, as most of us WBTS nerds have been struggling with what we’ve all read about Stonewall versus Stephen Lang’s awkward portrayal of Jackson in Ron Maxwell’s 2003 Gods and Generals.  Although Lang is a great actor, he just did not get Stonewall at all, and I’ve spent almost 12 years disabusing myself of some of those hokey scenes.

So, download a copy of Rebel Yell if you like.  I of course will continue on the march behind Stonewall Jackson’s Way.