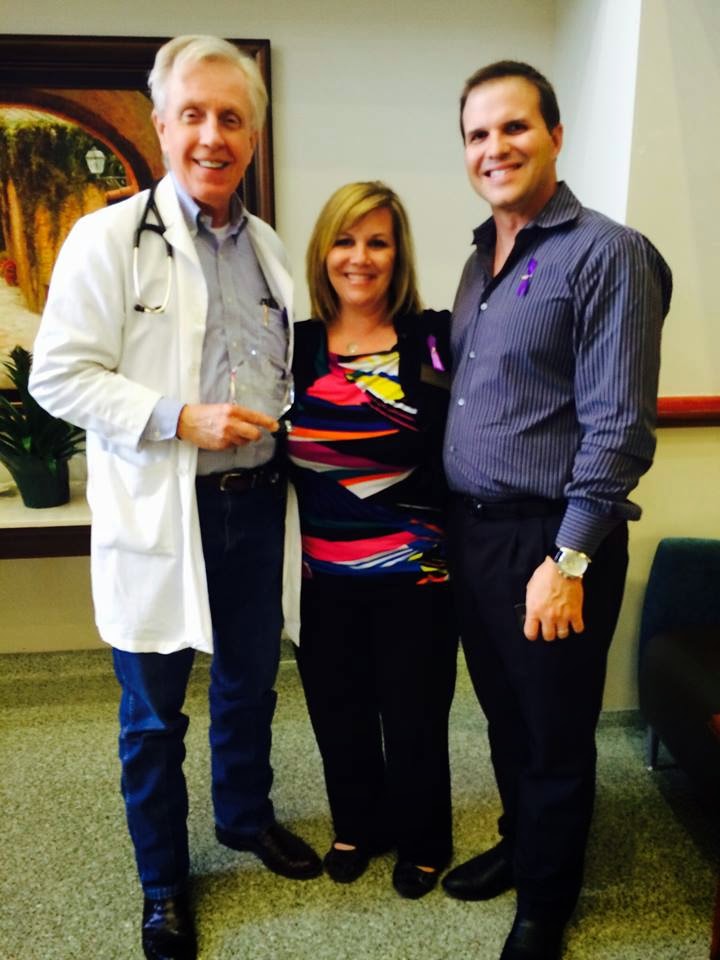 Bob, my wife Cheryl and me

Christmas comes.  In some years for some officials, Black Peter brings the end of a political term.

This year, my friend of 28 years and client of 4, Bob Deuell, got such a lump in his sock.

This of course has been difficult for all of us.  Even the most mercenary among the rapidly dispersing Team Deuell privately admit there will be aspects about our defeat last spring we will never get over.  When we next meet up at CB’s, I’m sure we’ll still be wringing our hands about this or that part of the campaign.

But it’s not just the agonizingly thin 740 vote stumble in March and then the 300 fail in May that are hard to get over.  We have become mad that we can’t seem to get over it.  The grief process seems disturbed and unnatural in its flow, and it bothers us.  For me, my overdue thoughts here are meant to serve as a kind of analytical resolution.

Bob lost because of two incidents related to fiscal matters.  There were about a half-dozen policy positions that made our campaign difficult:  they were twisted and lied about by others, cutting edge and hard to explain, or there was honest disagreement.  All of these policy issues were plagued with their own intrinsic problems, and it’s fair enough to see how they would grind down support and harm a candidate’s brand.  But they as a group were not what ultimately did Bob in.  I place the blame on the government spending issue as the one category that was truly intractable.  Here is why.

The first incident, during 2011, was a hectic moment in Austin when Bob was cornered by a Texas Tribune video crew during the 82nd Legislature’s grueling budget cut situation, and on camera he said he was comfortable with spending the Rainy Day Fund and “other sources of revenue” to cover a big shortfall estimate.  Although he was frank, this was off beat with his caucus.

Unfortunately, those opposing him were more frank.  When the video went viral preceding the GOP Primary, it found some complementary white noise out in the election ether in the form of a single, dark money-funded Facebook ad created by Texans For Fiscal Responsibility, which was composed of a red grade F with a URL incorporating his senator title.  This was the second incident.

The F grade was based on the TFR scorecard, although the ad did not burrow down on that contrived index.  The simple, red F ad was seen by an estimated 10,000 new voters to the 2014 SD2 GOP Primary, on top of another 20,000 who only voted for the first time in 2012 – 30,000 voters who NEVER knew Deuell won his seat by beating a Democrat 12 years earlier (not even 50,000 people voted in the SD2 GOP Primary).  As a result, the TEA Party candidate got 19,000 votes while the third man in the March race, a complete unknown, got a staggering 6200 votes in protest, or almost 13% of the total.  Our internal polling gave the third man 4% max.

But the true damage was done when the video and F ad had an impact on another 20,000 regular GOP Primary voters.  According to a homemade, unscientific formula I created, I extrapolated that about 1000 or so otherwise loyal Bob Deuell voters switched and voted against him on March 4, specifically because of how they perceived him on fiscal matters, supported by the video and the F ad.  Switching is a phenomenon that rarely happens in elections.

This sub-set would have kept Bob in office against not one, but two opponents had they not switched in March.  Most of this group came back to Bob on May 27, but by then it was too late, as runoffs are notorious for lack of turnout.  NOTE:  Our campaign was able to get back 73% of the March total for the runoff (the statewide return was only 56% - that entire 17% were almost all votes for Deuell).

Why did this group of 1000 or so switch?  This subset are very conservative and conscientious citizens who knew Bob personally, but either they did not understand about state services, didn’t understand why Bob cared so much about them, or we did not get across why he did, and hence Bob’s positions on spending did not compute to them.  Its members have said to me consistently that they “wanted to send Bob a message” that he was not being strong fiscally.

So why did Senator Deuell appear unconservative on fiscal policy to this group -- that is, advocate for increased revenues and spending the Rainy Day Fund?  Because he didn’t think it was right for state services to be forced to endure cuts due to the 2011 shortfall (a shortfall we have since found out was miscalculated by the Comptroller in the first place, which is a cryin’ shame).

Bob thought and felt this, and he lost.

Why does Bob think and feel this?  Bob thinks and feels this way because he is against cuts to state services that try to help people, both the unfortunate and the freeloaders.  Dr. Deuell experiences the practical effects of Medicaid and CHIP every day when he treats an indigent patient based on a predetermined formula -- time spent at a loss to him and his colleagues financially.  He knows that public schools are in many cases a child’s only possible hope at bettering themselves.  Are Medicaid and public schools the best use of taxpayer dollars in terms of assistance and betterment?  Probably not.  Are they the best alternative we have for the cost?  Absolutely.

What’s truly lacking in today’s political discourse is a fundamental understanding of why we have public assistance.  We see the problems caused by the abusers and the weak, but we do not consider why we are committing tax dollars to the effort in the first place, politics and history aside.  Yes, it is pure socialism, but today’s public assistance infrastructure is not what it originally was in the 1960s and 70s.  Team Deuell tried and failed to guide the debate about using tax dollars and public policy to help others, and to sketch Texas’ success in doing so in a marvelously lean manner for a state our size.  An unwillingness to grapple with public assistance issues, the spending that goes with them, or to be hostile to them outright does not compute to Bob Deuell.

Bob wasn’t just practical about these issues.  He thought about them and felt about them as an expression of his Christian duty.

Christmas comes.  We sing familiar carols, including one composed in the 1950s, shortly after Dr. Deuell was born, about a boy drummer who offers his simple rhythm as a gift to the Lord Jesus, lying in the manger.

This is the legacy of Bob Deuell:  a public servant who gave the best that he had in honor of his King – be that God’s son or the people.

There is no honor in a conservatism that silences our drummer men and women.